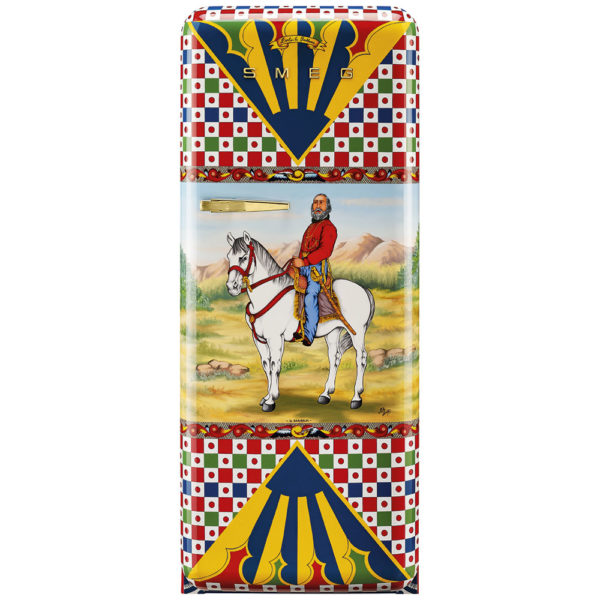 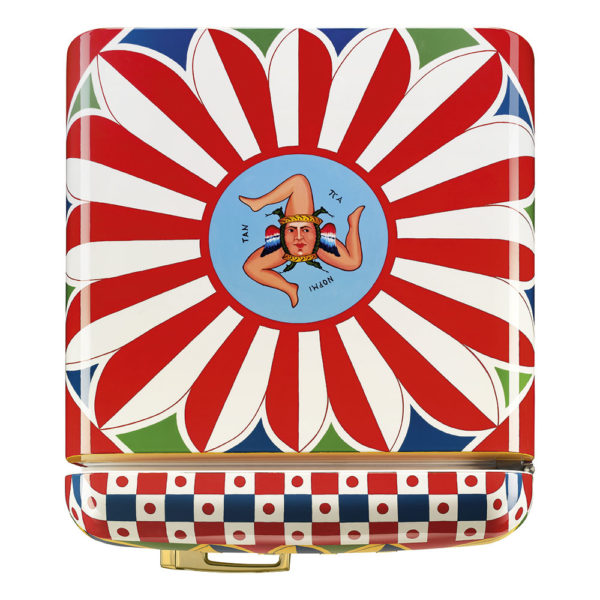 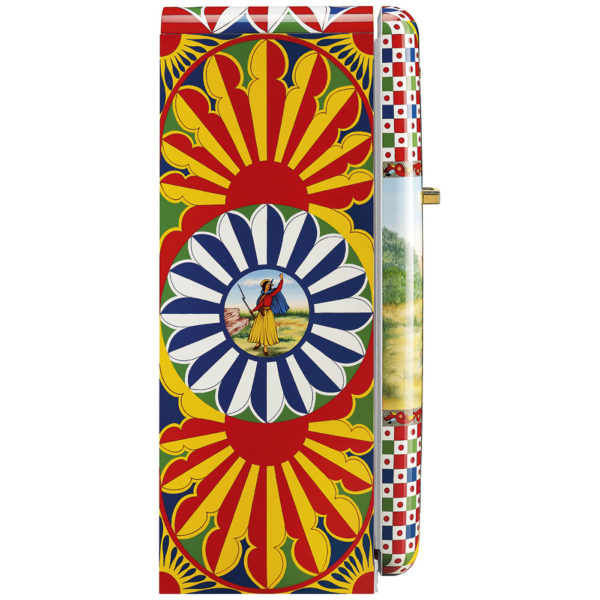 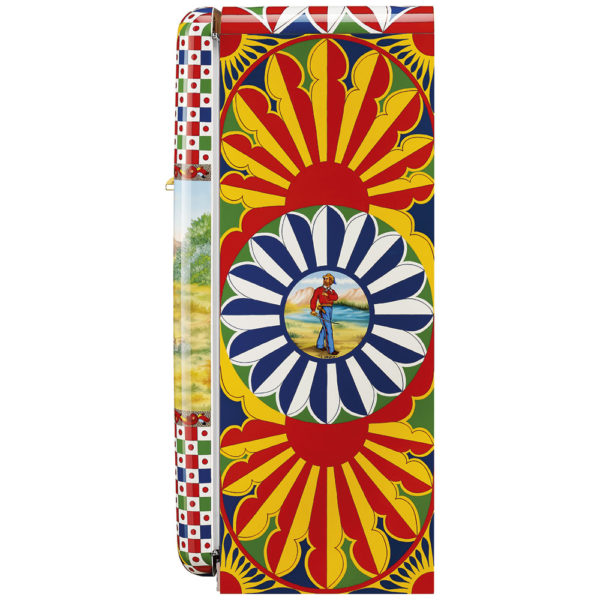 Michele Ducato was born in Palermo in 1972. He specialised in Applied Arts in high school and then took a degree in Architecture. Since he was a boy, Michele has pursued an interest in cart painting, an art that has been handed down in his family for three generations, starting with his grandfather, also Michele, who opened an atelier in Bagheria in 1895 at the age of 14. Working with his father Giuseppe, he is passionately devoted to the decoration and scrupulous restoration of Sicilian carts. The venerable history of this workshop is tied to the revivial and preservation of this art, with the aim of sharing it with an ever larger audience and making it accessible to young people.

Only 1 left in stock

Enamel and oil, 60 x 151 x 68.2 cm
The unrivalled protagonist of the decorations of this refrigerator is Giuseppe Garibaldi, the leader nicknamed ‘the hero of two worlds’. On the front panel, the portrait of the general seated upon his steed is embellished by fintu ‘ntagghiu (‘false engraving’), a traditional decoration that reproduces the effect of inlaid wood. The side panels present the typical star motifs known as stidde a due panze, at the centre of which are portraits of Giuseppe and Anita Garibaldi. The trinacria, symbol of Sicily par excellence, is painted on top at the centre of a stidda (star ornament).

This website or its third-party tools use cookies, which are necessary to function properly. By continuing on the site you are agreeing to our policy. More information